"Now, Ariel, rescue me from police and all that kind of thing." (Wallace Stevens)

For quite a while now Laynie Browne has been doing a fascinating series on the phenomenon of the poet's novel over at Jacket2, something I had at one time contemplated doing myself. She has written about or interviewed a panoply of poets who have engaged the novel form in various ways: Alice Notley (who when I asked her about novels, said simply, "Poems are better"), H.D., Dan Beachy-Quick (not to my knowledge the author of a novel, but someone who has in effect laid a claim onto an existing novel: Melville's Moby-Dick as "poet's novel"); Bhanu Kapil, Marguerite Duras (not a poet), Etel Adnan, Lydia Davis (not a poet, not a novelist either!), Aaron Kunin, and most recently, Clarice Lispector (not a poet!). I doubt it's a coincidence that most of the poets she's engaged are women: I think many women writers feel the need to press up against, escape, or violate the strictures of genre (a word quite close to gender, and also to gendarme, "a soldier involved in police duties"). I think the phrase "poet's novel" is transgressive, in a way that gives the genre/gender both its liveliness and its comparative invisibility (the obscure but real difference between a "poet-novelist" and "a poet who has written a novel"). It queers.

One of the most prominent women to have produced a poet's novel recently has not yet been profiled by Browne: that's Eileen Myles, of course, whose Inferno (A Poet's Novel) is one of the most compelling recent examples of the genre/gender. The parentheses are important: they suspend the claim as to the book's genre; the book itself is very must a Bildungsroman or Kunstlerroman, more or less transparently about the experience of the author herself. The parentheses are double (as most parentheses are), inscribing the poet's generic transgression and the transgression of a "novel" whose claims to fiction are put in doubt. Something similar happens with Ben Lerner's Leaving the Atocha Station, which I've written about before: the protagonist, Adam Gordon, is clearly a version of Ben Lerner, and the novel's plot focuses, as Myles's does, on becoming a poet. Except for Lerner, it's the "becoming a poet" that should be in parentheses, since there is for his protagonist a fraudulence, an inescapable contaminating fiction, that penetrates the personae he inhabits: an American in Spain who speaks deliberately broken Spanish; a poet who only appreciates poems when they appear as quotations in prose; a grieving son whose father has not actually died. Gordon is very much a manqué version of his author, alternately comic and contemptible; Myles's Eileen, her I, is earnest, questing, angry, and above all, desiring. Adam Gordon tries to be a poet because he thinks it might get him laid; for Eileen Myles sex and writing are almost indistinguishable, part of the continuum of intensities that is life itself. Inferno is more transgressive, more avant-garde than Leaving the Atocha Station, though the latter novel is arguably more entertaining, and less dependent on the reader's investment in the author's work a poet. Inferno puts the emphasis heavily on the Bildung; Atocha Station is much more of a Roman.

If a poet's novel is not any sort of a Bildungsroman, is that when it ceases to be a poet's novel at all, and becomes instead a novel written by a poet? (Thinking suddenly of Denis Johnson's story collection or novel-in-stories Jesus' Son, a kind of ironic anti-Bildungsroman that may mark the transition point, in his career, from poet to novelist.) Or is what matters, what distinguishes the form, that sense of undomesticated queerness? That transgression?

In a recent interview with Lisa Robertson the genre in question is not the novel but the philosophical essay, a discourse that "contains some of our most intensely gendered, authority-ridden constraints." Robertson goes on:


To claim a discursive right you have to engage intimately, and repeatedly, with that right’s potential at the most intimate sites of your relationship to language. A right is not only given by a community or institution. It must be psychologically and intellectually confronted, even invented, in the privacy of cognition and composition. The fear has to do with that process itself. My relationship to philosophy has been that of a passionate life-long reader. Writing the Nilling essays I made a decision to enter this discourse, as an amateur.

I am a white male tenured professor, simply lousy with privilege, and yet I felt much of the same fear and trepidation when I began to write my novel. But the question--it is still a question--is whether I am trying, as Robertson says about the essay, "to claim a discursive right" (which means claiming the identity of novelist) or whether for me what matters in in some way preserving or paying attention to that illicit quality, that fear. Remaining a poet: or as Robertson puts it, an amateur, which of course means both "non-professional," "dabbler," and "lover." Imagine if Inferno bore the parenthetical subtitle, (an amateur's novel). Or even, more precisely, (a lover's novel). Would that capture even more precisely the transgression, the loosening of narrative imperatives (plot, etc.) that "poet's novel" always seems to imply? 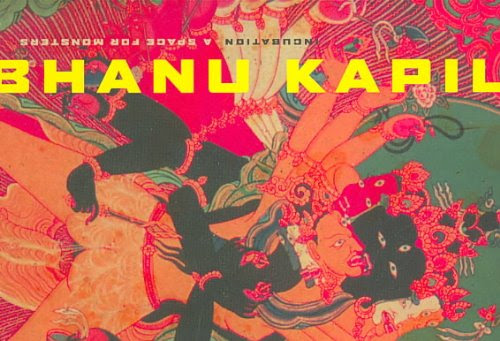 Writing about Kapil's Incubation: A Space for Monsters, Laynie Browne says, "Readers of poet’s novels want our relation to the text to be released from the expected conventions of telling. We want instead, to be shown one of any manner of ways in which a text can behave." Release from "conventions of telling," from behavior. A release that can only be meaningful, of course, if one feels the force of those conventions in the first place: something that comes, as Robertson says, of being "a passionate life-long reader." I have always felt that novelists were the only "real" writers; everything else is either overly professionalized (journalism, scholarship) or incapable of professionalization, always already amateurized (poetry). Novels are unique beasts, capable of negotiating, at least at times, the demands of the market and the more rigorous demands--the erotics--of reading. A poet's novel plays with the form, adopts it partially or wears it as a mask. But if it does not take becoming a poet as its subject (as Beautiful Soul does not) then it walks a razor's edge: it becomes a novel, full-stop. Or it becomes something else, stained by its amateurism, its goofy passionate unrequited love, its fears, its queerness, its sojourn in a foreign land that remains, irreducibly, foreign.

My novel can be summed up, for me and for its protagonist, Ruth, like this:

I hope it may find readers for both imperatives.
Posted by Unknown at 11:49 AM