Her astonishing vigor: she came out of the womb like that, whole and squalling, head like a sun, squirming strongly. She sucks like a barracuda, her dark blue eyes blank and searching, her cheeks and upper body pink. 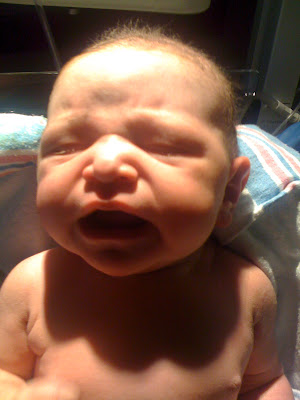 How rich and strange the hours; and yet familiar, even banal, something seen on television, advertised for: connection, the best network, I can hear you now. 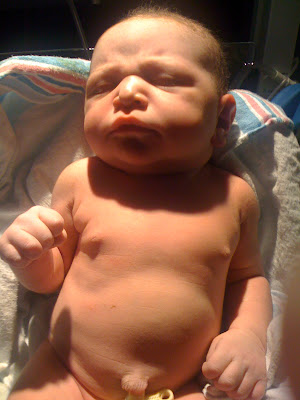 Our astrologer friend speaks to Emily, who mouths phrases to me that I catch:

beautiful figures displaying the latest fashion—Sun in Aquarius—being a model for anything—Moon is in Libra so it’s an airhead like Josh Sun —Moon trine everything else went into earth from fire—Sun went into Capricorn—No fire, it was all fire last week 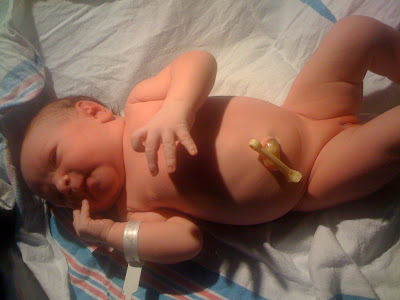 As sleep fragments so my usual subdivided self breaks up anew into a sense of continuous being: alive, half-awake, purposive. 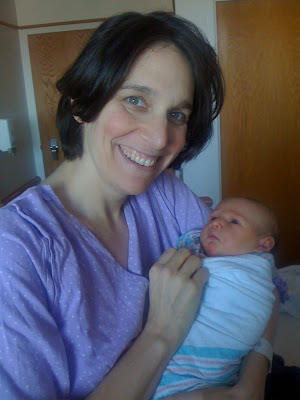 Utter softness of new skin. Tiny gurgles and cries as she passes from one layer of sleep to the next. The diaper-full of meconium sticks to her butt and she cries as I wipe it off, too roughly. 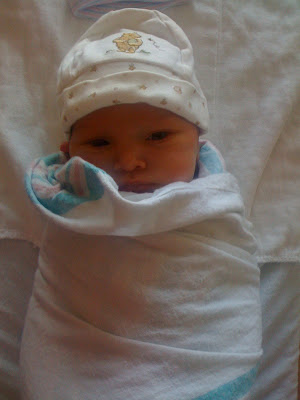 Emily large-eyed, exhausted, suffused. Nursing in the new rocking chair in the small hours; I can hear her singing from the next room. Or together we sing a song Sadie heard in the womb, "Norwegian Wood," repeatingly: And then she said / it's time for bed. 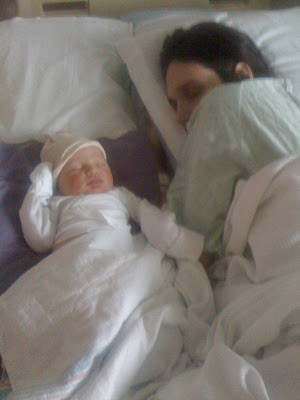 Riding the train away from them: atrocity. What a sick, stupid society. And I'm among the luckiest, spending more days home than not. 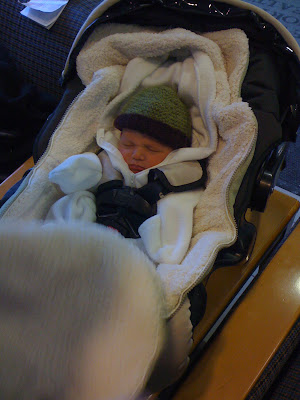 Or: sirens outside the bedroom this morning, outside the drawn shade, Sadie asleep on my chest: I disallow the world. Core of bourgeois experience. 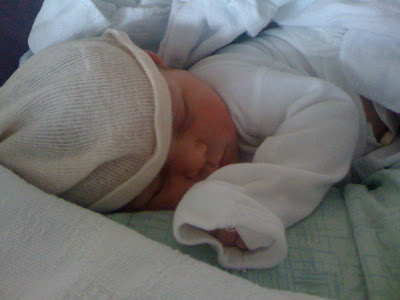 Yet she is an avowal, new under the sun, but ordinary; and she marries me to ordinariness, to passing the time with neighbors, making a living, Whole Foods (alas), the elections (Obama now, another novum, a possibility), environmental decay, fears, hopefulnesses. 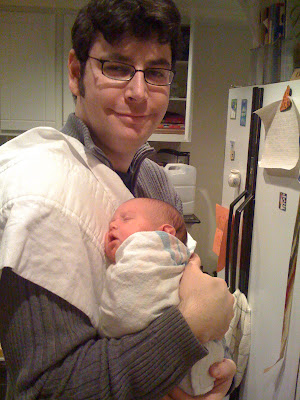 Half-asleep in a knitted hat too big for her, Emily dozing on my arm, snow falling.
Posted by Unknown at 7:29 PM No comments: 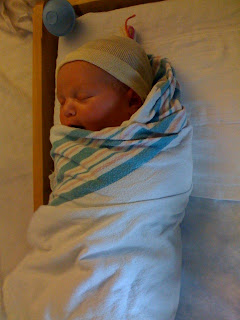 Posted by Unknown at 9:57 AM No comments:

A quiet morning with the contractions slowing, almost stopping. Around 1:30 PM they began to pick up again. Here now at home with our wonderful doula Mary Sommers, in active labor. Emily is beautiful and heroic. Off to the hospital soon.
Posted by Unknown at 6:54 PM No comments:

Labor began around 1 AM this morning. Stay tuned....
Posted by Unknown at 9:02 AM No comments: 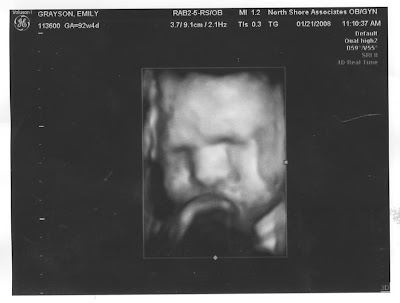 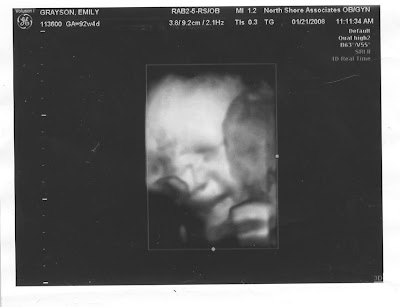 Giggling?
Posted by Unknown at 2:38 PM No comments: