Hello from Rome, where Emily and I are wrapping up a five-day stay. What can I say about it that hasn't been said? It's dirty and magnificent and I'm typing this just a stone's throw from the Colosseum, which is as staggering as you've heard. Il mio italiano has proceeded from nonexistent to very bad, but I enjoy trying. Tonight we're off to a little village called Calcata and the next day we'll explore Umbria. Assuming our somewhat shady car rental guy doesn't let us down--we're waiting for him to return with our little hatchback.

Just finished Hawthorne's The Marble Faun, a book about artists, murder, and Hawthorne's great subject, guilt, that made for a peculiar introduction to the Eternal City. His Puritan severity toward Rome and the Catholic Church at times approaches the comical, but he's obviously deeply impressed in spite of himself--the splendid pageantry and sheer historical weight of Rome pose a problem that's not particularly easy for him to solve. I am thinking now that I might give the theme of innocents abroad to the nineteenth-century American lit class that I'll be teaching this fall, because there's something endlessly fascinating about the American confrontation with Europe and the failure or near-success of anything like actual sympathy between citizens of the new and older worlds. Of course as tourists we notice that most pungently when in the presence of other Americans (i.e., constantly), who suddenly seem so large and loud and clueless that you must inure yourself to the embarrassment. The unwillingness of some people to learn even the simplest words of courtesy--per favore, grazie--is astonishing. For their part the Italians we've met are unfailingly generous and graceful, but seem to lack a certain straightforwardness that I take for granted in my fellow Americans. Maybe that's just my own "innocence" being made visible.

I'll write again most likely in a few days from Siena. Andiamo!
Posted by Unknown at 10:46 AM No comments:

And by the way: it turns out our prospective landlords screwed us over but good by trying to rent us a place that the present tenants have no intention of vacating. If you hear about any great two-bedroom apartments for rent in the Evanston area within walking distance of the train, drop me a line, willya?
Posted by Unknown at 8:01 AM No comments:

Thanks to everyone who's written over the past week with best wishes and book suggestions—it's more and better advice than I could possibly follow. I may cheat with three books&#151at the library sale I picked up my old teacher Eamon Grennan's translation of Leopardi, which is slender enough not to notice and may help me with my Italian. Plus, depressing old Leopardi might make an interesting tonic to contrast with the sun-drenched Italy we're expecting to find. Other leading candidates at this time include the portable Thoreau, Cortazar's Hopscotch, Hawthorne's Marble Faun (both because Nada suggested it and because I'm teaching a 19th-century lit class this fall), and Rebecca West's Black Lamb and Grey Falcon (far too big at 1,000+ pages, but the James Joyce-reading Serbian cabdriver we met in Chicago strongly recommended it).

Back from a fast and frenetic trip to Chicago, where we put a deposit down on an apartment in Evanston in a sweet spot between Lake Michigan and the commuter train. Now we barely have time to turn around before flying across the Atlantic on Thursday. I thought I'd post our itinerary here on the off chance that we might intersect with one of you Gentle Readers:

That's the honeymoon segment. After this Emily's off to Crete and I'm on my own. So what follows is less an itinerary than my hazy idea of what cities I'll visit in the order in which I'll visit them:

Most of the above is subject to change without notice.

This blog will likely be dark while I'm traveling, but it's possible I'll find time for an update here or there. Also, Emily and I have talked about creating a travel blog together—if that happens, I'll let you know where to find it.

Unfinished business: a week ago Jen Scappettone and Will Cordeiro rocked the SOON house. Jen's poetry is a force; Will refused the mediation of the podium in theatrically delightful ways. Looking forward to having Jen as a neighbor in Chicago.

Farewell, addio, slovo, viszontlatasra, abschied!
Posted by Unknown at 10:00 AM

If you were going to travel for a month and wanted to pack as light as possible, but nonetheless could not survive without reading matter, what books would you bring?
Posted by Unknown at 4:18 PM No comments: 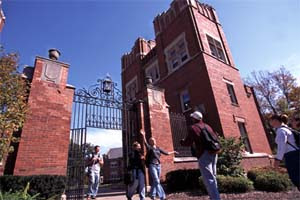