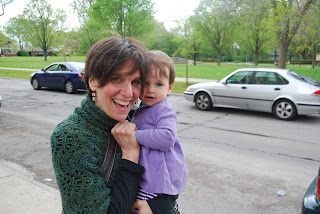 So hello, autumn.
Posted by Unknown at 11:00 AM No comments: 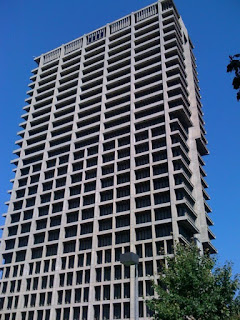 Had a fine time last Friday playing the part of poet-in-residence on the University of Illinois-Chicago's terrifyingly brutalist campus. Met with some students to discuss their work (and they are a sharp bunch), then did a reading that evening in which I read two things for the first time: a few of the poems from my June verse diary that I posted here, and a couple of pages of the novel-in-progress.

I joked after the reading that the novel represented my betrayal of poetry, but that's actually far from the truth. What it really has brought about is my semi-abandonment of this blog. What with teaching and family responsibilities, not to mention occasional other gigs like this one, I find that my spare writing energy goes into propelling myself into the imaginative universe of my characters and the constellations of words and scenes that they inhabit.

To get back to blogging--not that anyone's necessarily been holding their breath--means integrating that writing into blogging's dailiness, as my poetic and scholarly practice was once so integrated. But so far I've felt the need for at least a thin veil of privacy around my fiction writing. Perhaps as I begin to expose pieces of it to readers (or listeners), I'll be able to bring some of my process here.

I'll be back on the UIC campus again this Friday for a colloquium talk I'm calling "Unknown Knowns, or Poetry Traverses the Real," in which I distill my summer takeaway from reading Badiou and other sages. It will be at 3 pm in the Hull House Museum if you're nearby and interested.
Posted by Unknown at 1:03 PM No comments: