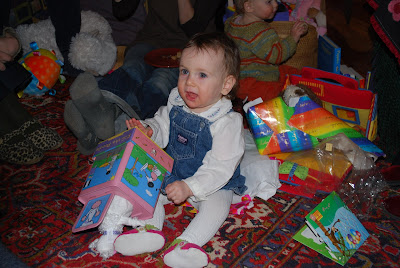 A Poem by Allen Grossman

Jerusalem is a grave of poets. Name
two who are buried there:
the poet Dennis Silk is buried there.
He lived with a dressmaker's dummy,
in a cave, on the Hill of Evil
Counsel due south of Zion Mount.
She bore him children
after her kind.—In any case, whatever
she gave birth to did not live.
Famous Amichai, also a poet,
is buried there. From his apartment on
the eastern slope you can see
a gate of the City, called David's Gate.
In '48, on a beach at Tel Aviv,
the poet Amichai held a dying soldier
in his arms. The soldier whispered—:
"Shelley." And then he died.
Poets built Jerusalem. Therefore,
poets have a duty to destroy
Jerusalem. If I forget thee,
the world will be better off.
The tree a cat can get up into,
a cat can get down from by itself.
Posted by Unknown at 4:54 PM No comments:

Once Again, It's Time to Apply for a Plonsker

A what? Read this, all you prose writers under forty, and get cracking.
Posted by Unknown at 2:48 PM No comments:

Poem for the Inaugural Poem

Since public speech is dead, they say, since poetry is only
a private, even perverse affair nowadays, since in spite of this you and you alone
will rise to the occasion, let me rise to the occasion of you!
In Frost’s wake, after Maya Angelou’s multicultural mellifluities and Miller Williams’ stalwart
soporifics, it shall be you—brainchild
of Elizabeth Alexander, as worthy a poet as any, plucked from obscurity
to be returned to obscurity, Friend of Barack, who was himself so plucked
and now bestrides the puny stage available and makes it larger by his largeness
and gives voice to those whose voices are already a bit too loud (I’m looking at you, Rick Warren,
and the Pope too, why not, the unlovely dumbass, he says homosexuality poses as great a threat to the planet
as global warming) and who speaks himself so reasonably in his plucked, scuffed baritone,
enameled mellow speech like Johnny Hartman's in the studio dark
answering Coltrane’s horn as he, Barack Obama, answers Martin’s
and maybe Malcolm’s, well we can dream we all saw that New Yorker cover
and exchanged terrorist fist bumps and fantasized a bit
about his First Lady, who let’s face it is totally packing and totally hot—
and while this poem is rolling, now, inexorably toward the real poem
let us also pay tribute to Malia and Sasha and to the whole damn handsome family
who in a single moving day will renovate so much that is now just trash and spangles—
mission accomplished, Barack, getting elected was enough
and while banks and Detroit go under and the still-President’s dodging shoes
why do I yet wish to linger in the path of the electric door
letting it shut and shut again on my foot until it gets painful
to think of you, inaugural poem, unfurling on January 20th,
getting lots of things wrong or just unmemorably and inevitably disappointing
and stalling like an opening act that’s in over its head
but stalling’s what I want so I hope you’re really long
I hope you go on for hours and days, I hope the crowd will be well provided
with hot dogs and tents and porta potties while you spiel and spiel and spiel
like an elegy for a newborn like a Jimmy Stewart filibuster
that you’ll resemble, inaugural poem, growing hoarse and sweaty and exhausted
as the crowd begins to rumble wanting history to begin
but I’m prepared to wait I’m prepared to wait it out
for who could bear it if poetry were to really be reborn
untimely now as rhetoric like the losers told him they’re just words
words we could lift to our shoulders and carry triumphant as soldiers
to the Black White House we’re all secretly hoping you’ll give us
and preach it sing out testify amen brothers sisters speak in tongues
give us back our public ecstasy give us back the beside ourselves
give us back to nobler thoughts and gives us back to waking reason
give us the snake to handle it’s alright now we’re experienced
for history is a temptation after these nightmare years
these satanic treadmill years blackened with the smoke of bodies
flag-covered coffins and factories, flagged detention centers and lapels,
flagged schools and postoffices—simply to buy a stamp was to feel shame—
and now you’re here, inaugural poem, I and everyone can scarcely believe it—
let us down gently as you’re meant to, deliver an awkward common speech
salted with unmemorable metaphors but maybe a single metrical line
that will give us back the gift outright that lies soiled from neglect
some trace memory of untrustworthy eloquence for a moment we can trust
will open wide the door to what no one scarcely imagined
shouldn’t you shut up and just say what everyone is thinking
over and over till the taste of it is swelling in every mouth
President, our
President, black
President, our black President—
so call him to preside
over what’s best and worst in us, masses yearning to breathe free,
masses yearning to be masses, many-purposed but a living ear
to hear you fall at last to silence. And let our President speak.