Flowers in My Hair 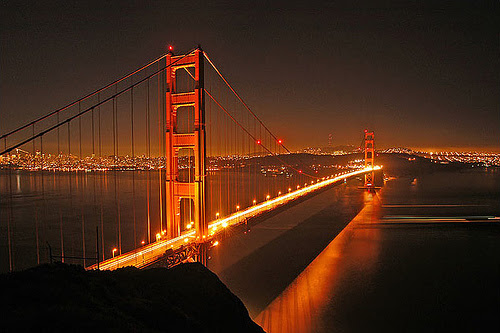 Caught in the feedback loop of silence. Wanting to write—there's no more futile emotion. You have to want to write something. And I am writing, here and there, but it never seems like the thing. But wanting it to be "the thing" is what defeats me.

There are two books I want to read between semesters: Robert Bolaño's 2666 and Lewis Hyde's The Gift. Bolaño draws me in much the same way W.G. Sebald did years ago, though he entirely lacks Sebald's lyricism (in spite of being a poet) and studied sense of guilt (except in the fictional sense, as in the sensational, abject guiltiness of Father Urrutia in By Night in Chile. As for Hyde, his book is a vade mecum that others have tried to push on me in the past, but I always avoided it, knowing little about the author and suspecting, because of the title and the way it's marketed, that it's basically a glorified self-help book. Just look at that little heart! But from what I've heard, it really is a masterpiece and a boon to the thinking of any poet who seeks escape from markets (especially the market in recognition that is the subject of Adam Kirsch's latest dismal screed in the same November issue of Poetry that gave me my first taste of the poetry of Robert Bolaño [typically, though he always thought of himself first and foremost as a poet, only his fiction has made it over into English]).

But I mention Kirsch because of his essay, with its anatomy of the scorn that has been heaped on the head of Keith Gessen, author of a novel that both chronicles the literary ambitions of young men and is the ourouborian document of Gessen's own ambition—much misplaced, it seems, in these unliterary times. Why didn't he just do a virtuosic job of lip-syncing something on YouTube? But then, why don't I? Because I have this faith in literature which is yet killing my ability to produce any. The desire to speak from the mountaintop—to go big—to take on one's era—shames and paralyzes. We must think small, instead, but cannily: to assume that our petty obsessions are the keys to something greater. Joyce's silence, exile, and cunning must meet with Emerson's core belief: "To believe your own thought, to believe that what is true for you in your private heart is true for all men, — that is genius." And that is how I recognized the genius of Bolaño, who writes frankly and astonishing about the pettiest of worlds—the world of poets—and ends up going very big indeed, stalking nothing less than the wounded utopian specter that haunts the Americas, manifesting in the present tense as farce (in the government and persona of a Hugo Chavez), as cynicism (it's hard not to feel hopeless at Obama's apparent transformation into Clinton III—but did he really promise us anything different?), or most starkly as murder (the countless unsolved murders of young women in Juarez that are the major subject and backdrop of 2666).

The very little I've seen of Hyde is a tonic for all this. I couldn't find The Gift in the Evanston Public Library, but I did glance at his introduction to the collection of Thoreau essays he edited, in which he talks about Thoreau (and I think Emerson) as a master of the prophetic voice: that which stands upon the hilltop above the valleys of venal life and proclaims—not the future, but truths which must be eventually be fresh again because they are eternal. Up to this point Hyde seemed a talented hagiographer. But then came this astonishing passage:

A Thoreauvian prophetic essay leads us on a redemptive journey... but there is a redemption of the valley as well, one that comes from abandoning all hope of getting it together. If you need to come apart, you do not need to listen to the prophetic voice. Stop trying to be a hero. There is a time to fall to pieces, to identify with the confusion of your life as it is, confined absolutely to the present November sunset and your present apartment. (Emphasis added.)

This is exactly what I needed to hear, exactly the cure for the itch of objectless ambition, or more simply the desire to "get it together": to seamlessly synthesize a life that, in its multiple spheres—writing, new fatherhood, marriage, teaching—resists all my efforts to be glued into a whole. If I can take Hyde's advice and be an upended Thoreau, who goes not into the woods but deeper into his own messy life, maybe I'll find my way back to the writing that matters to me, without letting everything else go any more to pieces than it already is.

As a step in this direction, which may superficially resemble the urge to get it together, I'm taking a holiday to San Francisco at the end of this month, roughly coinciding with MLA, though I have no plans to attend the conference itself. Instead, I'm going to meet up with the poet-friends who will be converging there, to talk poetry and read manuscripts and browse Green Apple and Moe's Books like in the old days, and reconnect with that hauntingly beautiful cityscape, and just be a poet for a few days, letting the ties that bind me unravel a little bit without worrying about reraveling them later—they'll do that themselves, god knows. My beautiful wife is willing to let me go for a little while, though it will be painful to miss even six days of little Sadie Gray's growth. (She's dabbling now in language: show her a picture of a dog or say "dog" to her and she makes a little "uff-uff" sound, almost reflexively, her bright and shining eyes as yet displaying nothing like consciousness, present-tense eyes like those of dogs themselves.) 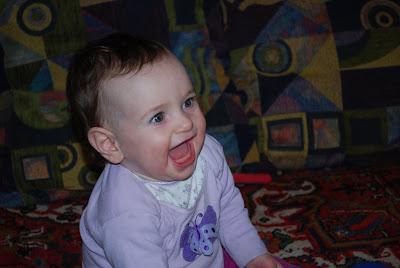 And so I have no plans either to get this blog together. Let it hang out as it will, a post per month or per day or per year. Let it and the pace of expectations adapt to my life and not the other way around for a change.
Posted by Unknown at 9:37 PM