LakeForest College is pleased to recognize novelist Matthew Nye as the sixth winner of the Madeleine P. Plonsker Emerging Writer’s Residency and Book Prize, awarded annually. He will be in residence on the campus of Lake Forest College from February 1 to March 31, 2014, where he will work to complete his winning manuscript, Pike and Bloom. He will receive $10,000 and, upon editorial approval, the finished book will be published by the &NOW Books imprint of Lake Forest College Press, with distribution by Northwestern University Press. He will also take part in the Lake Forest Literary Festival and offer a series of public presentations while in residence at the College. 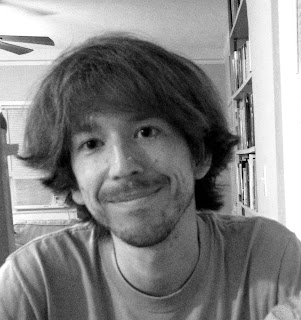 Originally from Indiana, Matthew Nye is a graduate of Dartmouth College and the University of Utah. He is an editor at A Bad PennyReview and is currently pursuing a PhD in English at the University of Georgia. His work has appeared or is forthcoming in Chicago Review and 1913: ajournal of forms. He lives in Athens, Georgia.

The Madeleine P. Plonsker Emerging Writer’s Residency Prize is awarded to an author under forty years old with no major book publication. This year the winner was selected by guest judge Anne-Laure Tissut, Professor of American Literature at Rouen University, France. Her research focuses on contemporary American literature, on aesthetics, exchanges between forms and media as well as on translation. She also translates American fiction and poetry into French, and takes part in collective translations from French into American English. She was co-organizer of the 2012 &NOW Festival in Paris.

About Pike and Bloom, Professor Tissut writes: “The intricacies of Matthew Nye’s sentence patterns, fraught with embedded motifs that bring the character’s intense inward life to the fore, trap the reader and take her on an exploration of the surprises and hesitancies of language. How else are we to go out into the world, physically or mentally, than by riding this collective, infinitely malleable medium, put to extremely individual uses by each of us? From the—illusory?—ablation of his appendix to his recurring encounters with a nurse associated with Marlene Dietrich, Pike weaves his own verbal universe by dint of pondering, questioning, and surmising. As she follows Pike’s apparently trivial moves and actions, the reader is reminded of the crucial issues at stake behind the most derisory concerns—yet another family tie with Joyce’s Bloom. ‘Mr. Pike, what are you doing here?,’ (29) the nurse asks. The convoluted prose of Pike and Bloom leads the reader into a refreshingly comic immersion in major metaphysical and existential questions. In shades of canary yellow—Pike’s and the nurse’s shoes—and blue —‘the serious blue of Indianapolis’—a portrait is sketched, gently and skilfully, of the human condition—the worst and the best; meanness and meaning; violence, and the limitless potentials of language."

The Madeleine P. Plonsker Emerging Writer’s Residency Prize is made possible by a donation from a local philanthropist who was impressed by the College’s recently established publishing enterprise, Lake Forest College Press / &NOW Books. The previous winners are:


The 2014-2015 Plonsker Prize will be awarded to a poet under forty years of age who has not yet published a full-length book. Poets interested in applying should submit a curriculum vita, a 30-page excerpt from a manuscript in progress, and a one-page statement of plans for completion to &NOW Books / Lake Forest College press via Submittable.com (http://andnowbooks.submittable.com/submit). The submission period is January 1 through March 1, 2013; no more than 200 submissions total will be considered. There is no entry fee. The final judge will be announced later.

Runner-up:
Kevin Clouther, Houston, TX: We Were Flying to Chicago