The Anti-Anti-Accessible versus David Orr, or, Poetry as Perversion 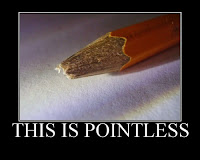 To me talking/writing about poetry is not about getting it, the one kernel of meaning; it’s about expanding my ideas of it, of opening the poem up, bringing in new connections. The poem doesn’t need to “resist” full interpretation because there is not complete interpretation – interpretations expand my idea of the poem. Joyelle placing Plath in her necropastoral space is very insightful, but it doesn’t close down my reading of Plath, it makes her poetry even more interesting.

The kind of poem I want to read can seem mysterious and riddling when I’m twenty, and much less mysterious and riddling when I’m forty, but retains the capacity to astonish throughout. It is an adventurous poem that reflects the unknowable adventure that is life, and is full of the knowledge that only coalesces in hindsight, with experience. I, personally, don’t think of that as code. But if anything that interferes with literalism, that invites interpretation, or god forbid research, is figured as code, well then. I’m on the other side of that line.

I think the really good poems have an unparaphrasable intelligibility, a built-in sense. You don't understand them; they understand you : at least that's the feeling you have, reading them. You say "that's right!" when you read them - even when you don't understand them entirely. They have layers, maybe ("codes") - but the codes are optional, for those who seek.

I would say a good poem has this kind of integrity which transcends the clear/obscure, easy/difficult dichotomy.

Let me be literal & ecstatic
in one word: yes!