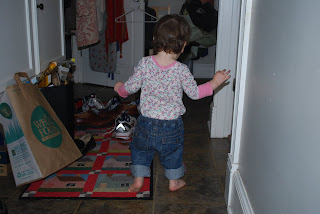 Tomorrow the whole family packs into the car and drives east to spend a week in Maryland with the in-laws. A week after that we head up to Ithaca for the month, where I'll be researching an article I'm thinking about writing about A.R. Ammons. Ammons was the presiding spirit in the halls of the English Department at Cornell and perhaps as a result I always resisted reading him. But as someone with a continuing interest in pastoral poetry I think it's time to give him a second look; I'm interested in the possibility that the seemingly quietudinous Archie Ammons might be in some ways the flip side of the avant-pastoral more readily identifiable in the work of Charles Olson and company. As my former prof Roger Gilbert has remarked to me, he thinks Ammons may have evaded classification as a postmodern or avant-garde writer largely because of the company he kept—or didn't keep—in Ithaca, where by all accounts he enjoyed being the biggest fish in Cayuga Lake. But of course he was good friends with Ashbery and shared with him the increasingly dubious honor of having been canonized by Harold Bloom. If Ashbery is by no means completed by Bloom's insistence on reading him as a pure Romantic, perhaps Ammons isn't either.

I'll also keep hacking away at my fiction project and work on the final version of Severance Songs to give to Tupelo for publication. Of course we'll also be enjoying Ithaca and our friends (two of whom are expecting a baby almost any minute) and showing toddling Sadie the creeks and gorges. We'll miss Chicago—life here has become more dense with pleasures small and large in the past year—but Ithaca is divine in the summer. Anyway, I'd have a good time anywhere with these lovely ladies. 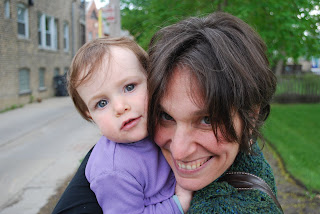