A Russian translator of Wallace Stevens writes to ask me about the significance of "desperate milk" in these lines from "Notes toward a Supreme Fiction":

To discover winter and know it well, to find,
Not to impose, not to have reasoned at all,
Out of nothing to have come on major weather,

Seeming, at first, a beast disgorged, unlike,
Warmed by a desperate milk. To find the real,
To be stripped of every fiction except one,

The fiction of an absolute— Angel,
Be silent in your luminous cloud and hear
The luminous melody of proper sound.

In the context of Stevens' poem, the beast (who bears a family resemblance to Yeats' "rough beast" in "The Second Coming") seems to represent the crude and horrifying appearance of reality in the first moments of its apprehension: it is reality revealed by the imagination (by the play of language) but not yet shaped by the imagination, so that it is "unlike," neither part of ordinary reality nor yet assimilated to the supreme fiction. The "desperate milk" puts the poet in a curiously maternal role: he (Stevens' poet is always a he) gives birth to the beast or at leads feeds and nurtures it with his strange, "desperate" language until the beast becomes simply "the real," "stripped of every fiction except one, // The fiction of an absolute." The beast represents a curious transitional moment in the transformative process of the poem, and a threat: one may be devoured by what one's vision has released. (For more on "Notes" see this untitled post of mine from February 2005.) 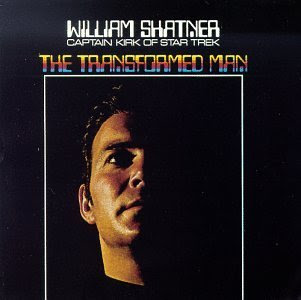 The beast is between: the devouring liminal. Is it Heidegger's Earth, animated—the unprocessed, unreal Real it is death to encounter? Death or transformation: same thing. The man I am will be transformed when my son or daughter is born sometime in the coming month. I will be born with him or her.

My new chapbook, Hope & Anchor, is almost out from Noemi Press. I may have copies on hand when I take part in the Chicago Poetry Marathon this Friday. Fifty-five poets in two hours! Prepare to be overwhelmed.

From The Transformed Man to Has Been, an epic trek. Between: being.
Posted by Unknown at 11:42 AM